Message From the President and CEO 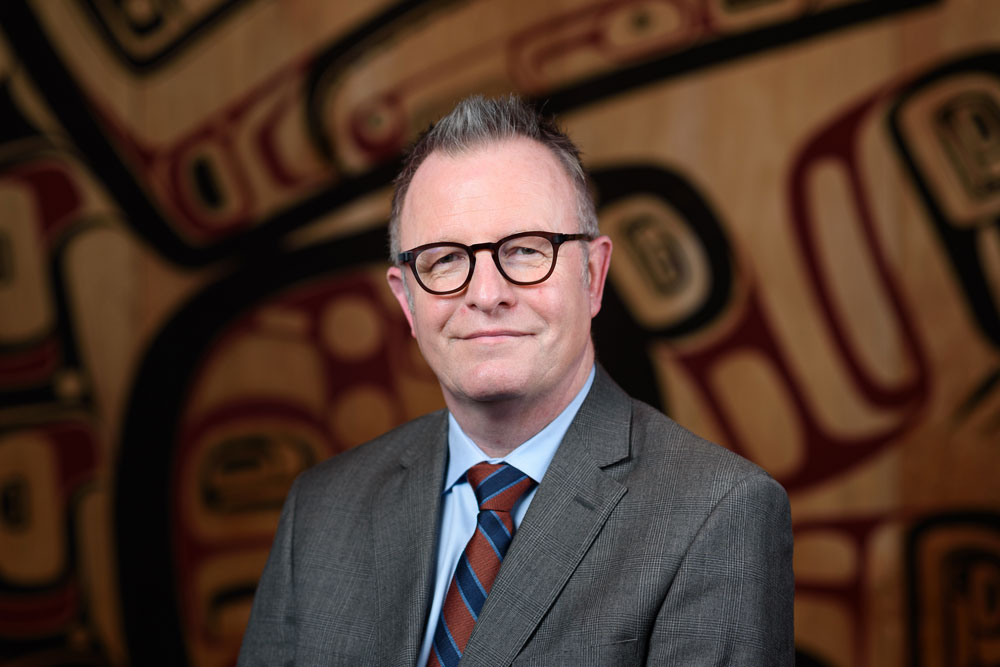 As we look back on an extraordinary year — one that included the final preparations for the opening of the Canadian History Hall, as well as special commemorations of the Battle of Vimy Ridge — it’s clear that staff, donors and friends of our Museums feel a deep sense of pride in our institution.

One major source of that pride is that so many individuals have met the once-in-a-lifetime challenges associated with our key role in marking Canada’s 150th anniversary of Confederation.

As the Canadian Museum of History worked to finalize the galleries that will be housed in the new Canadian History Hall — the result of a remarkable, multi-year process of intensive research and public consultation — and as targets and timelines were reached and often surpassed, the sense of excitement has grown. Years of hard work, careful planning and inspired reimagining have led to the development of a monumental space that will change both the face of the Museum and the way that Canadians engage with their history. As the world’s largest exhibition space dedicated to Canadian history, the Hall is a major legacy project of Canada’s sesquicentennial celebrations that will continue to benefit Canadians long into the future.

At the Canadian War Museum, an extensive suite of exhibitions and programming were unveiled to coincide with the 100th anniversary of the Battle of Vimy Ridge, catalyzing vigorous public discussion about why and how we commemorate war, and shedding light on the significance for current-day Canada of those dark events of 1917.

Programming to commemorate the Vimy centenary includes the major exhibition Vimy – Beyond the Battle, a significant upgrade to the Museum’s gallery devoted to the South African and First World Wars, and the presentation of the exhibition Witness – Fields of Battle Through Canadian Eyes in Arras, France.

Large-scale, landmark initiatives such as these obviously highlight the expertise, ingenuity and commitment of our staff. Every person who works here is responsible for our Museum’s successes, and each one of them makes us proud.

But we also take pride in knowing that many Canadians have become enthusiastic partners in our work of telling Canada’s stories. A range of indicators — attendance figures, rising donations, ongoing and highly fruitful public consultations — all point to the same conclusion: that Canadians, in seeing their own stories reflected in our Museums, feel a sense of engagement with the work we do.

This year, for example, 1.7 million people came through the doors of our Museums. Yet this is only part of the picture. Through travelling exhibitions, the Virtual Museum of Canada, outreach through social media and other means, many more people have been touched by the work of our Museums and have connected with the Canadian stories we showcase.

It was also a banner year for fundraising, with strong support for both Museums. The Museum of History exceeded its $5 million fundraising target for the Canadian History Hall, and the special projects undertaken by both Museums benefited from some notable, large-scale donations from leading philanthropists. In addition to being grateful for these large donations, we are also delighted that we continue to receive the generous support of people across Canada. We now have over 5,000 annual donors. These annual supporters are essential to our continued operations and make a powerful statement about individual Canadians’ personal connections to the history of Canada.

Our Museums’ continued commitment to consultation provides another testament to the importance of collaborative relationships. We are particularly proud of the ongoing involvement of First Nations people. The work of the Museum of History’s First Nations Advisory Committee on the Canadian History Hall and the RBC Aboriginal Training Program in Museum Practices have been important in strengthening our existing collaborative relationships with First Nations.

While much of the focus this year has been on commemorating landmark events, other essential, long-term work has continued. For instance, we have recently finalized a new collections policy, which will guide our approach to acquisitions into the foreseeable future.

We also continue to expand the footprint of both the Museum of History and the War Museum internationally and across Canada. Through travelling exhibitions, artifact loans, research initiatives and network activities, our Museums are having an impact in a multitude of communities throughout the country and in other regions of the globe. Notably, the closing of The Greeks – Agamemnon to Alexander the Great this year in Washington, D.C., was the final note in a highly successful international collaboration developed by the Museum of History.

It’s been a busy year, but there is more to come. During this sesquicentennial year, we look forward to joining with you in celebrating the life of a remarkable country.