An exhibition created by the Canadian Museum of History.

On July 1, 1867, Confederation was proclaimed. It marked the birth of today’s Canada and the culmination of a process that took nearly thirty years. This exhibition invites visitors to explore the journey of a society in transition and of people who fought, negotiated, and made compromises to better coexist. By presenting the pivotal moments that led to the drafting of the British North America Act, the exhibition helps visitors recognize a legacy that is still echoed in our identity, our values and our institutions.

In the exhibition, leading historians Éric Bédard, Charlotte Gray and Christopher Moore share their perspectives on some pivotal moments on the road to Confederation.

Here, they answer some key questions about the birth of Canada.

In your opinion to what extent can 1837 be seen as a starting point on the road to Confederation?

Who was the most important of the founding fathers?

What was the most important moment in the creation of Confederation?

To what extent did Confederation make today’s Canada?

From the November/December 2014 issue of Inside History

The birth of a nation, 30 years in the making
When Confederation was proclaimed on July 1, 1867, it marked an end as well as a beginning. The birth of the Dominion of Canada was also the conclusion of a tumultuous, 30-year journey of violence, negotiation and compromise that ultimately allowed Canada’s divided populations and regions to unite. Read more

Teachers:
To help your students get the most out of this exhibition, please consider including the activity sheet. 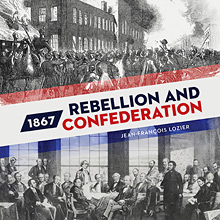 GET YOUR SOUVENIR CATALOGUE NOW
Complete your visit by picking up the 1867 – Rebellion and Confederation souvenir catalogue, on sale online and at the Museum Gift Shop. 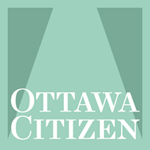